ONE°15 Marina Sentosa Cove, Singapore, is a waterfront lifestyle destination offering world-class marina facilities replete with a comprehensive range of exclusive club amenities. From the infinity pool, fitness centre, members’ lounge, modern spa, restaurants and bars, to the 26 tastefully appointed rooms with spectacular views, no effort has been spared to make your time here an absolute pleasure.

A gleaming pearl on the coast of Sentosa Island, ONE°15 Marina Sentosa Cove is surrounded by pleasant environs comprising upscale entertainment and dining options as well as multi-million homes. It is a stone’s throw away to recreational hubs including Resorts World Sentosa, Universal Studios Singapore® and Singapore’s largest shopping mall, VivoCity. 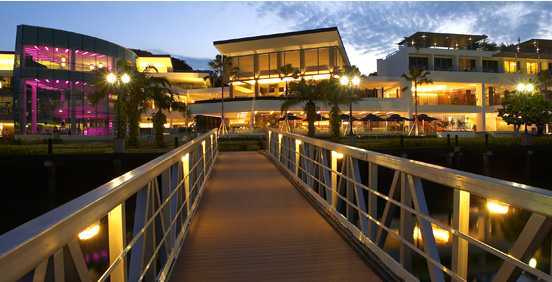 A celebration of an unrivalled waterfront lifestyle destination and a sophisticated pursuit of everyday pleasure.

To be Asia’s finest Marina and leisure hub

If you are interested in becoming part of our exciting family

Kindly send your resume to: