A New Chapter: Hear From Our Group General Manager About Upcoming Marina Projects

A New Chapter: Hear From Our Group General Manager About Upcoming Marina Projects

The original article was published on the Jul-Aug’20 issue of Longitude, ONE°15 Marina’s Club magazine. Read it here. 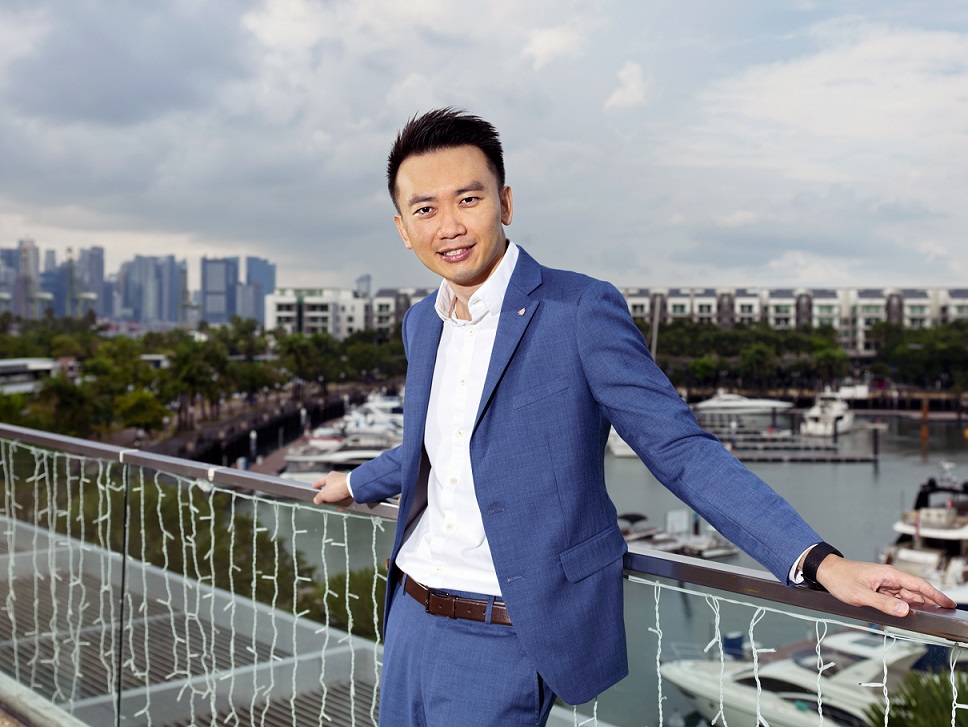 Developing a world-class marina can be a challenge, but it’s one that Teo Joo Leng strives to meet head-on.

In 2016, when Teo Joo Leng embarked on his career at ONE°15 Marina Sentosa Cove Singapore, he was its General Manager. Harnessing more than a decade of senior level experience, Joo Leng spent the next four years overseeing the Club and marina operations, playing his part in the shaping of ONE°15 Marina Sentosa Cove into the region’s leading marina. He continues to hold that torch in his new role as the Group General Manager of Marina and Club Operations—which he assumed in February this year.

The new role sees an expansion in Joo Leng’s portfolio. Aside from being responsible for ensuring profitability and advising on key strategies to upkeep and enhance the stature of the flagship ONE°15 marina at Sentosa Cove, he is also involved in the company’s international projects in Malaysia, China, Indonesia and Thailand, from the planning and construction phases to the launches.

Joo Leng is involved in bringing the projects to fruition, including working with consultants on the layout and design, hiring the local team and conceptualising business strategies as well as the imparting of brand standards and operational processes. Setting the benchmark for the quality that is now expected of the ONE°15 Marina brand around the globe is an integral focus of Joo Leng’s work at the flagship Club as well.

Communication is a big part of Joo Leng’s work ethos, and he strives to create a stable and harmonious environment for his staff and team to work, foster trust and develop healthy work relationships. It’s a key element in “ensuring expectations and aligning procedures”, he says. Although he had no prior experience in the marina industry, Joo Leng’s determination and ability to adapt and learn quickly have held him in good stead. His hard work paid off with the Club being able to maintain its position as the Best Asian Marina for three consecutive years under his helm.

ONE°15 Marina was recognised by Corporate Insider as the 2019 winner for Business Excellence, for its leadership role in growth and innovation as well as influence in the industry. It was also given a Commendation Award by the South West Community Development Council (CDC) and National Environment Agency (South West Regional Office) for its eco-friendly practices and conservation efforts.

Preserving the marine habitat has been one of Joo Leng’s passion projects—and one that’s also close to the heart of the group’s Chairman Arthur Tay. To that end, the Club has actively participated in eco-initiatives such as supporting research in coral restoration and building a coral garden while educating boaters on reducing their footprint on the seas. It has also organised an eco-exhibition, with a life-size whale skeleton display, in a bid to inform and educate the public about marine conservation. 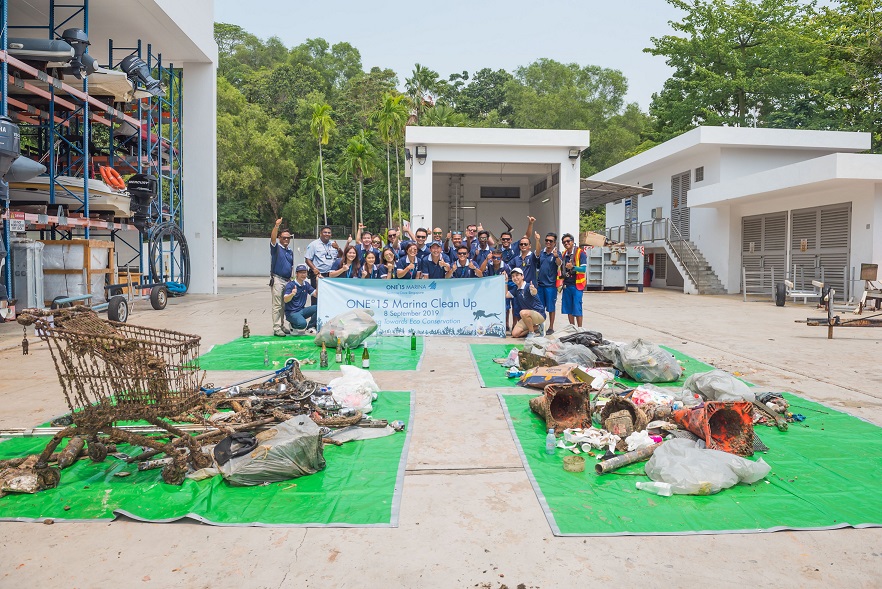 One of the largest public initiatives undertaken by the Club is an annual eco-dive, an underwater marina clean-up that encourages active participation from Members as well as the public—and has consistently had overwhelming response. “Marina development and consultation is a niche industry and we are honoured that over the years, ONE°15 Marina Sentosa Cove has made its mark as a reputable brand,” adds Joo Leng. Add to that, it has developed a business model that is replicable globally—in tandem with the Chairman’s vision to build a string of world-class ONE°15 Marinas along the regional and international coastlines.

As for a recipe for success in the expansions, Joo Leng says, “In the way that no two pearls are exactly the same, this is true for our marinas. Each marina has its own unique geographical advantage and local flavour. To this end, we hope to infuse the local flavour and culture into the experiences of Members at the Club.”

A sneak peak into ONE°15 Marina’s two upcoming marinas: 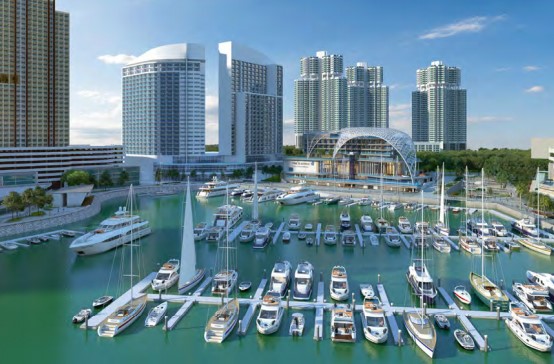 ONE°15 Marina Puteri Harbour will comprise a 13,616sqm integrated clubhouse and three marinas spread across 0.5ha of land, and with plenty of facilities for modern sailing enthusiasts.

Room For All: The Club can accommodate up to 294 berths. These include a 148-berth public marina for boats up to 40m in length, a 207-berth private marina for Members and a megayacht marina that fits 11 vessels and features a fuel pontoon. 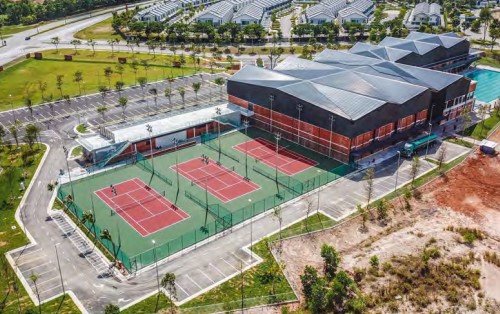 Exciting Activities: Members’ children can enjoy fun workshops and programmes that aim to nurture their passion for sports. Serious athletes can also join the Club’s training facility at the ONE°15 Estuari Sports Centre. 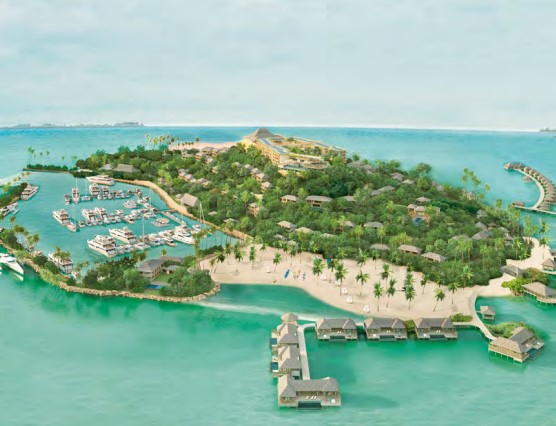 Capacious Settings: The upcoming ONE°15 Marina Nirup Island is an integrated development that spans 47,100sqm of space.

Amenities Galore: It also comprises a lifestyle Clubhouse that offers hospitality and leisure amenities, fueling and bunkering services. These conveniences will be open to visitors from Singapore, Malaysia, Indonesia and other surrounding nations. 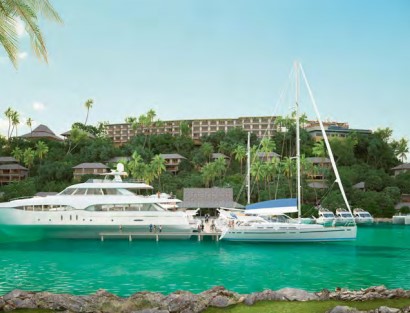 For Big and Small: The Marina will also be equipped with 70 berths for both yachts and superyachts, a sea sports centre and other recreational amenities.

Luxury Respite: The Club is home to luxury hotels and water villas, a seafood centre and a plethora of attractions. The hotels and villas are set for completion in the second quarter of 2021.

One-stop Access: ONE°15 Marina Nirup Island, Indonesia, will offer customs, immigration, quarantine and port clearance services for avid boaters who travel in and out of Indonesia frequently. 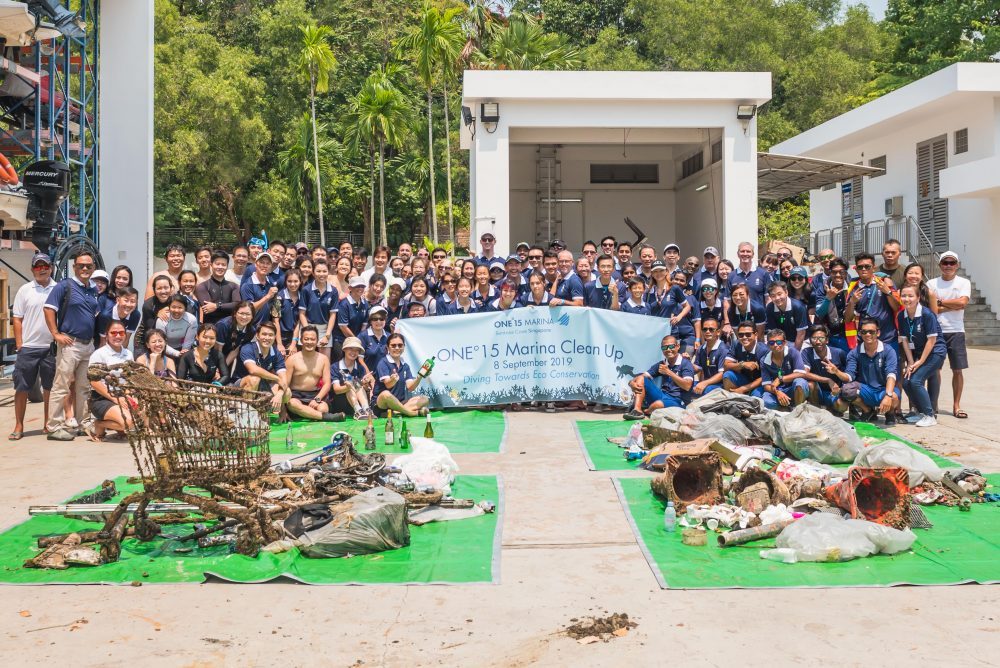 A Superyacht’s Home Away From Home: Marina Upgrades in Store